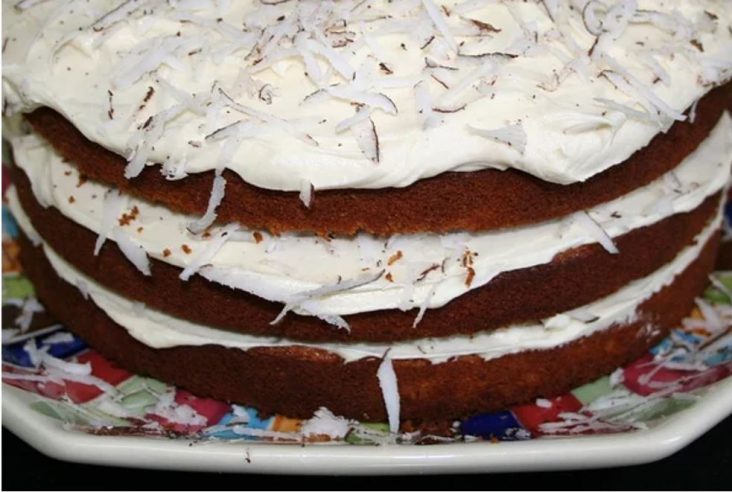 1 cup milk, or as needed

Step 2
In a small bowl, sift together flour, baking powder, and salt. Set aside.

Step 3
Beat the butter, shortening, and 2 cups sugar with an electric mixer in a large bowl until light and fluffy. The mixture should be noticeably lighter in color. Add the room-temperature eggs one at a time, allowing each egg to blend into the butter mixture before adding the next. Beat in the vanilla with the last egg. Pour in the flour mixture alternately with the coconut-milk mixture, mixing until just incorporated. Fold in 2 cups grated coconut, mixing just enough to evenly combine. Pour the batter into prepared pans.

Step 4
Bake in the preheated oven until the cake is golden and a tester inserted in the center comes out clean, 30 to 35 minutes. Cool completely on wire racks.

Step 5
To Make Icing: In a saucepan, combine 1/4 cup water, 1 cup sugar, cream of tartar, and pinch of salt. Bring to a boil, stirring occasionally. Stop stirring once mixture is boiling. Cook until sugar syrup reaches soft ball stage on a candy thermometer (240 degrees F or 115 degrees C). If you don’t have a thermometer, drop a little sugar syrup into a cup of cold water; when the syrup is ready, it will form a soft ball that holds its shape.

Step 6
While syrup is boiling, whip egg whites at medium-high speed until stiff but not dry. Carefully pour the hot syrup down the side of the bowl, beating constantly at high speed. Keep beating until mixture is cool to the touch.

Step 7
Drop butter, a tablespoon at a time, into egg white mixture, beating constantly. The mixture will deflate as butter is added; just keep mixing. When all of the butter is incorporated, frosting will fluff up again. Blend in vanilla.